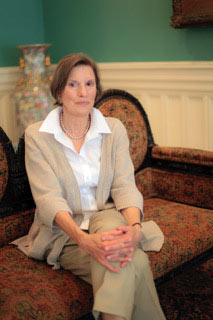 Sue Ward Drake grew up in an old house full of dark windows, with a passion for writing, travel and international spy thrillers. Her early literary efforts included a short story submitted to a national magazine at the age of eight and a fictional advice column in her high school newspaper. After a year of college study in Spain and a stint living in a farmhouse on a Greek island, she returned to New Orleans to work as a bi-lingual secretary, Spanish teacher, linen sales rep, free-lance copywriter, and computer analyst. This extensive list qualifies her for the Jill-of-All-Trades badge.

She used her experiences from Greece in her first traditionally-published romance, HEAR NO EVIL, which is currently updated and on sale as an e-book and paperback.

A survivor of the devastating hurricane Katrina, she currently resides in dry and sunny Nevada with her supportive husband and lots of books. Check her out on Instagram, Facebook, or follow her on Twitter and BookBub. She loves to connect with readers!